Jun Ji-hyun's personality from her hands 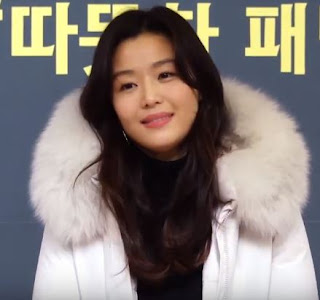 Jun Ji-hyun, an award-winning Korean actress and model, rose to fame in the 2001 romantic comedy (film) called "The Sassy Girl." Since then, she has delivered many hits in the Korean film and television industry.

From her hand, it becomes obvious that Ji-hyun's personality shows a natural style of acting. Her boldness, lack of inhibitions while acting and the ability to slip into any character she plays are evident on her hand. Her ability to mimic is extraordinary.

Jun Ji-hyun has a long hand with long fingers, and her Mercury finger, in particular, is very long. The lines on her palm are fine and delicately etched and there is at least a part of a Girdle of Venus present above the heartline. Her heartline is very long, reaching almost to the base of

the Jupiter (index finger) and the headline is long too, though darker in the first half. You can check out her hand photo here.

Her hand shows her to be very sensitive and very idealistic when it comes to love and romance. She is likely to be sentimental and it would be important to her to respect her partner. She could have high expectations and love can become an ideal, much like one sees in the movies. This would make her liable to get hurt if such deep affection is not reciprocated.

On the whole, her feelings and emotions are likely to be intense and because of this quality, she could get hurt more easily than the average person. But then, it is these very qualities that can make a great actor.

She is a private person, would not open up to her real feelings easily and because of her sensitive nature, she is likely to put up a wall with others, with the outside world.

She would be happy if there is a structured environment around her and in that sense, being in the acting world is not ideal, however talented and fit she is for it. A career in acting would bring unpredictability which she could find difficult to handle. It is not surprising that she got married, unlike some of her contemporaries, because marriage would likely give her the security she needs.

The right type of person for her would be someone who is practical, dependable and reliable as it would make her feel secure.

Also, setting fixed and concrete goals, would make her feel more stable and secure. She has always been very ambitious. In fact, her hand shows strong ambition from the teenage years. Fame matters to her but money by itself or even luxuries have less meaning.

Despite the confidence and boldness she exudes, she is not that confident of herself. Some amount of melancholy is also seen on her hands.

She has a strong artistic side and this means that she is able to appreciate great art. She herself is creative and the kind of person who believes in pushing herself to achieve excellence.

Read about other South Korean actors like Song Hye-kyo, Hyun Bin and Lee Min-ho as well as the BTS heartthrob Jeon Jung-kook.

More related hand readings: Do read about what the hands say about another famous East Asian actor, Takeru Satoh (a famous Japanese actor) or read about celebs from East Asia (and Hollywood) like Jackie Chan, Bruce Lee, Michelle Yeoh, Chow Yun Fat, or about East Asian politicians like Xi Jinping or Li Keqiang or Lee Kuan Yew of Singapore. Or perhaps you would be more interested in businessman, Jack Ma or spiritual head His Holiness Dalai Lama from Tibet.