Lee Min-ho's personality from his hands 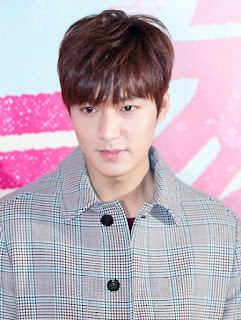 Lee Min-ho, a famous actor from South Korea, is considered one of the most good-looking and successful actors out there, and is a top Hallyu star as well. He has been in the entertainment industry since 2003. As he is only 34, he still has many good years ahead of him
He has beautiful fingers, slim and tapering, with good first phalanges. The fingers aren't long as compared to his palm and they are quite balanced with each other. The Jupiter (index) fingertip is conic, maybe even pointed, but the other fingers have conic or rounded tips. His fingers are straight, except perhaps his Saturn (middle finger). The Jupiter finger is low-set and also seems a little short as compared to the Saturn. Both his Apollo (ring) and Saturn fingers are of a good length.

Min-ho also has a large, fleshy palm, rectangular in shape and fine lines. His thumb is normal with balanced first and second phalanges, although it appears to be a little high-set. The mounts of Moon and Venus are very pronounced and dominate his palm.

His hand photos can be looked at here and here.

All these hand features reveal that Min Ho is a high-spirited, warm, loving and energetic individual, and also someone who is passionate and restless. Work is very important to him; he is goal-oriented and a doer. At heart, he is shy, although he loves people.

His hands show him to be a very straightforward, sincere and honest person and a fairly balanced personality. He loves people and in fact all living things. His humility and decency stand out in his hand. He is a serious person, possibly a little cynical as well, and it is quite possible that at heart, he is not that confident of himself.

Lee Min-ho's talent is visible on his hands. The slim, long Apollo finger, good first phalanges, fine lines, and the developed Moon mount all show creativity of the highest variety. The world of the imagination is an important part of his character. A love of music is also shown. He is action-oriented and broad-minded. With his focus, ambition, and multi-talented personality, it is not surprising that he has become the successful actor that he is.

He has a good heart but his hand does not show philanthropy as such. His Wikipedia page talks about it, but a philanthropic mindset is not shown on his hand.

His hands show changes in life in the late thirties or maybe as he comes close to 40 years of age. His thinking is likely to change. There will be less ambition and it's possible that he deliberately veers away from the worldly success that he has been wrapped up in for so many years. However, without examining his hand in detail, it is not possible to say with certainty what kind of a change it will be.

Related Reading: Do read about what the hands say about another famous East Asian actor, Takeru Satoh (a famous Japanese actor) or the good-looking and talented actors from South Korea like Hyun Bin, Song Hye-kyo and Jun Ji-Hyun.

Or read about celebs from East Asia (and Hollywood) like Jackie Chan, Bruce Lee, Michelle Yeoh, Chow Yun Fat, or about East Asian politicians like Xi Jinping or Li Keqiang or Lee Kuan Yew of Singapore. Or perhaps you would be more interested in businessman, Jack Ma or spiritual head His Holiness Dalai Lama from Tibet.