The hand reading of Jackie Chan

The hands of Jackie Chan give us a glimpse into the movie star's personality, and explain, to some extent at least, certain controversial things the actor has done in his life, like not batting for freedom. You can read about in the wiki article here.

The main features of Jackie Chan’s hand are his broad palm, slightly short, broad fingers, a dominant Apollo finger with a spatulate tip, a shortish, bent and low set Jupiter finger, and developed mounts of Moon, Venus and Lower Mars. He has a good thumb, low set, and the top phalange is a little thick, and his little (pinky) and Saturn (middle) fingers are short. His lines are finely etched and the headline sloping in the second half of his life.

Links to his hand photos are here and here. The photograph below is a free photo by Ajale from Pixabay.

Chan’s overall personality is a practical one, but with an overriding desire for 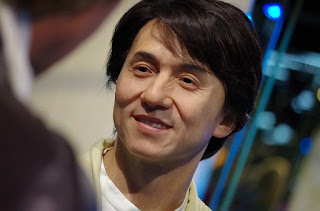 fame and name. Such a person would be highly motivated, aggressive, and determined to achieve his goals, with the ability to take risks in order to do so. He is also manipulative, and there is a rebellious quality to his personality, the penchant to go against popular opinion, and do his own thing.

He has a splashy type of personality, a little dramatic, maybe a little over the top. He also has a distinct style and/or a high level of activity. This is obvious from the kind of roles that Chan does of course. The interesting thing is that it is borne out by his hand.

What is less obvious (from what is known about him) is the inner insecurity, or call it an issue with self-esteem, accompanied by an inner diffidence and a fear of disapproval. It is his cheerful nature along with an inherent optimism (too much of it) that can give a different impression, that of overconfidence. But he is not that at all.

Although outwardly aggressive, not only is insecurity present, Chan’s hand shows that he does not have sufficient inner mental strength to stand up to any kind of formidable opposition. This means that Chan is not the strong, dominant personality that he appears to be on the outside.

He is at heart a good man, compassionate and warm. Status symbols matter to him, but he is a generous man and giving. He likes people, is the forgiving type, and has an appreciation of art and all beautiful things.

You can also check out the hand reading of actors like Bruce Lee, or Chow Yun Fat and Michelle Yeoh or South Korean actor Lee Min Ho.

You can check out the personality readings of famous people from China, like politicians and businessmen.

Also, read about popular Actors from all over the world.  Or read specifically about Hollywood actors or Bollywood ones.