The Hands of Dictators!

Is there such a thing as a typical dictator’s hand? There certainly isn’t a typical engineer’s hand or a doctor’s hand. Hands don't reveal professions because all kinds of people populate a particular profession. There isn’t even a typical criminal’s hand because there are different types of crimes. 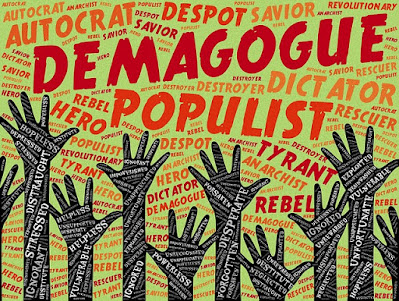 But when it comes to dictators’ hands, the more I read them, the more I am inclined to think that dictators share some personality traits. Managers have different styles of managing but a dictator has just one style – authoritarian. I have read several hands of authoritarian leaders on this website, like that of Gaddafi, Morsi, Idi Amin, Hitler and Kim il-jong. So, what is similar about their hands?
Mohamed Morsi, for example, had well-developed mounts, conic, bent fingers (more so the Saturn finger), a dominant heartline, strong Apollo (ring) finger, a weak headline and a long, thick thumb. He was the President of Egypt for barely a year.
Kim Jong-il who ruled North Korea for 17 years also had developed mounts, especially that of Mars and Moon, slightly bent fingers and a thick thumb, even if not too long. His heart and headlines seem balanced but there was a dark pink colour to his palms.
Idi Amin, who ruled Uganda for around 8 years, had a heavily developed lower Mars mount, even if the other mounts are not that well developed. He had a strong Apollo (ring) finger, bent fingers, a long thick thumb and a dominant heartline. The headline was wavy.
Adolf Hitler of Germany was in power for over a decade and he too had a long thick thumb, with conic or pointed fingertips and developed mounts, especially that of lower Mars. He had a strong Apollo finger, the lower part of his palm was heavy and he had thick third phalanges. His headline was of medium length and fine. He was not a stupid man and had some self-imposed ideals, twisted though they were.
Muammar Gaddafi of Libya was a little different from the mould. He didn't have heavily developed mounts and had long dark stable lines on his palm, unlike that of his counterparts. Besides, the heartline was not dominant on his hand. His fingers were not conic either. He did, however, have a strong Apollo finger, bent fingers and a thick thumb. Gaddafi’s hand shows some common sense, and that was probably why he managed to rule for over 40 years.
Another autocrat whom I have not yet analysed on this blog is Ben Ali, who ruled Tunisia for 24 years. He had a long thick thumb, conic/rounded tips of the fingers, a strong Apollo (ring) finger, developed mounts, a stiff hand, a narrow quadrangle, thick third phalanges and the base of his hand was developed. He had a dominant heartline, slightly bent fingers and a medium length sloping headline. Ben Ali also fits into the mould. You can check out Ben Ali's hands here and here.
From the palmistry angle, there does appear to be a certain character mould that despots fit into. The thumbs of these mostly bad characters look more like thick wooden digits, some of them frighteningly long! The lower Mars mounts are often over-developed, a sinister addition. And in some cases, the base of the hand is developed. These signs reveal the coarse, bullying, and unreasonable nature of these tyrants. When the Apollo finger is too long, it adds the intense desire for fame and name, and from what we know of these now dead dictators, we know they tried to achieve this any which way they could. With the heartline dominant and mounts well developed, it is not surprising that most of these despots were temperamental, short-sighted, and unable to think objectively.
(Free Image by John Hain from Pixabay)