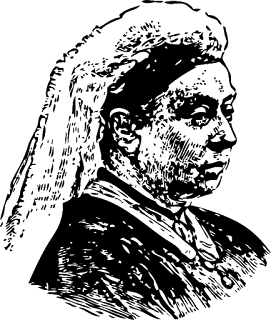 Queen Victoria ruled the UK and Ireland for 63 years, from 1838 to 1901. She was a notable monarch not only because of her long reign but also because plenty of changes took place in the country during her time – industrial, political and scientific. She also had the title of the Empress of India.
It was a pleasant surprise to find a bronze sculpture of her hands on the internet. This hand reading is based on this sculpture on the assumption that it is more or less accurate. You can check out the bronze sculpture here.
Not too many features of the hand are visible, just the major lines and the phalanges and to some extent the length of the fingers and thumb. She had long first phalanges, and a thumb of decent length with a good first (will) phalange and possibly a short Jupiter (index) finger. The headline is sloping and the curve is a balanced one. The heartline is straight and not too long and also without a fork. On the left hand, the heartline is different, more wavy, curvy. The head and lifelines are close together at the start. The lifeline, however, starts to move outwards pretty early.
Overall, the lines seem clear and dark and the Jupiter and Venus mounts are developed. She must have had other minor lines on her hand as well but the sculpture has not captured it. It is a good guess however that these lines were minor, in the sense not as dark as the main lines.
The information from the hands is limited but even then it gives us a clear idea of who she was. She was a person with deep feelings and intense attachment to her family even if she was not at all demonstrative or sentimental. In her early years, her hand shows more romanticism but her persona changed to a more distant one. It is known that she changed after her husband’s death, a man whom she was deeply in love with. This can be seen in the difference between her left (passive) and right (active) hands.
There is some doubt as to whether she was left-handed (which then would make her left hand the active hand) because she painted with her left hand. However, she wrote with her right and therefore she can be undoubtedly said to be right-handed. However, it is likely that the qualities shown by her passive hand were not so deeply buried under the surface as they are for most people.
Queen Victoria's hands do not show that she was highly intelligent but her hand shows her intellectualism. From what we know of her she was something of an artist and this is shown not just by the fingers but also her headline.
Despite her being queen, she was shy, cautious and underconfident but she had a clear mind. Her strict and lonely childhood probably enhanced her insecurities and sowed the seeds of her distant disposition.
If you like reading about royals and who they really are, you can check out the hand readings of Prince Charles, Lady Diana, Sheikh Hamdan or the other Royals on this website.
(Free Image by Clker-Free-Vector-Images from Pixabay)
Posted by Nita at 11:44 AM