Nawaz Sharif became the Prime Minister of Pakistan three times. People loved him but how right was he for Pakistan?

If one had to estimate the profession of Nawaz Sharif from his hand, a man who was born into a business family and became the PM thrice, it would be difficult to say that he was either a businessman or a politician, leave alone a head of state. Yes, his hand shows that he is a good man, but was he prime ministerial material?

His hand, with its broad fingers, a broad, fleshy palm has
very prominent mounts of Venus, Moon and Mars. His hand is nearer to the square shape, with shortish fingers. The thumb is quite long but the top phalange is far too bendy. He has good first phalanges, average second phalanges and thick third phalanges. His fingers are more or less straight although they are not perfectly balanced with each other. The line of heart is normal, entering the Jupiter mount, and the headline though of average length, is not so good in its latter part.

You can check out his hand photos here.

No doubt this is a man of strong will and determination and also someone with courage; a strong man mentally. He is not one who can be pushed easily because he is not easily discouraged. He is the kind of person who would not give up easily, much like a competitive sports person. The flip side is that he would be difficult to persuade once he has set his mind on something. Stubbornness is seen. As the hand also shows ego as well as impetuosity the result may not always be good. 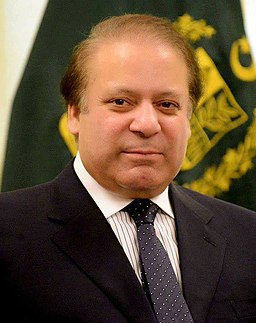 His hands show great warmth of personality and love for people in general and this certainly means that he would endear himself to a lot of people. He is generous and giving and capable of doing a lot of good. In this sense, he would be a good political leader. But he lacks shrewdness and perhaps could be too trusting. He does not like pretension. Not an ideal quality for a politician.

And while being rich per se is not on his mind, he loves his comforts and luxuries and status symbols. Money for him is only for what it brings. The instinctive and physical drives are strong.

His hand shows a slightly casual attitude to life, perhaps an over-optimistic outlook? And changeability as well. If this hand belonged to a younger person, I would say that wisdom and a careful weighing of the pros and cons before taking decisions are qualities to develop. It is mainly because of this slightly brash attitude that his hand shows unsuitability as head of state. If he managed to get where he did, it's probably because of his connections with people. He would be a great networker and very good with people. And then we all know that he came from wealth.

Related Reading: Find out more about Pakistan's Shehbaz Sharif, Imran Khan and Yousaf Raza Gillani from their hands or perhaps you would like to know about Malala Yousafzai or Shoaib Malik
Or check out the hand profiles of the Heads of States from different parts of the world or click any label below this post.
Posted by Nita at 5:29 PM