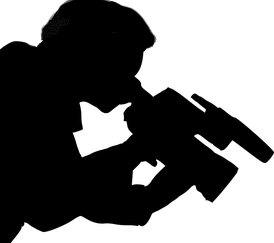 Considering that Satyajit Ray is such a legendary film/movie director, there isn’t too much information about his personality on the internet. There is a lot written about his achievements. Ray was more than just a filmmaker – he was a writer, a music composer, calligrapher, artist and film critic. Yet, not many of us know who Satyajit Ray was as a human being. Perhaps his hands can give us some clues.

It wasn’t surprising to find a long, fine and curved headline ending on the Moon mount on Ray's hands, the hallmark of a creative mind. Such headlines show intelligence and imagination. The headline, however,
does not dive deep into the moon mount (a plunging line referred to as the Persephone headline). The main lines of life, head and heart on Satyajit Ray's hands are clear and balanced with other in length and strength. The lifeline appears to start on the mount of Jupiter and separates from the headline a little late. The mount of Moon on Ray’s hand is well developed and the other developed mounts are Venus and Jupiter and Lower Mars. Ray had long fingers on a large, broad palm. His fingers, though long, are not thin and some of his third phalanges are developed too. The top phalanges of his Saturn and Jupiter fingers are a little bent and this is so on the left, passive hand as well. His hand shape is what can be classified as the Thinking Type.

You can check out his hand photos here.

Satyajit Ray was a thinker, with a strong sense of the physical. He worked instinctively but was a practical thinker, forming ideas into patterns (not abstract ones). He had a clear sense of reality and there would be a tendency to be non-conformist. At times perhaps he could try too hard to be objective and reasonable. His hand shows a distinctive cynicism, an inherited quality. This attitude must have influenced his work.

He was humble at heart. And he was compassionate, felt deep sympathy for the underdog and was the kind who would want to go out of his way to help others even if they were not close to him.

Though he was a practical thinker, the world of imagination was an integral part of who Satyajit Ray was. This would have lifted him above any kind of materialism. Although he liked his comforts, he was not in the least suited for the commercial world.

He is likely to have been shy and cautious, more so in his younger days. However, despite this, his hand shows an assertive, ambitious, and striving nature – from a young age. He was not the type to waste any time idling. Not much information is available about his childhood but I have no doubt that he must have spent his time developing his skills in some manner.

Satyajit Ray's hand does not have a prominent Sunline/Apollo line. He attained worldwide fame and this just goes to show that the Sunline does not necessarily show fame and renown. Another palmistry myth busted.

Restlessness is shown in his personality as is moodiness. No doubt there he had a tendency to delve deep into himself and this was perhaps one of the reasons that at heart he was a solitary man, a loner. If his health had permitted and Ray had lived into his nineties he would have probably become a recluse although he would have continued to work till the end.

(The silhouette above is a free one from Pixabay)

Related Reading: Check out the hand readings of other renowned movie directors who have made path-breaking films: Steven Spielberg or Alejandro Jodorowsky, or Christopher Nolan and Martin Scorsese.

Or check out the hand readings of actor-directors like Hollywood's Marlon Brando and Bollywood's Aamir Khan and Tamil cinema's Kamal Hassan.