Bradley Cooper is distant but not cold

39-year-old actor Bradley Cooper is another one of the perennial bachelors of Hollywood although he was married briefly. Leonardo Dicaprio is in the same boat, though never married. George Clooney is finally shedding his bachelorhood at 53, but what of Bradley Cooper? What does the hand reveal about his personality?

Brad’s female fans must wonder what prevents him from being in a committed relationship. Is it because this Hollywood heartthrob is cold and manipulative as
his ex-wife claims?

The secrets could well lie in his hands. Bradley Cooper has a large hand, broad palm, a good low-set thumb, and slim, tapering fingers. He has fairly long and clear lines and the mounts on his hand are developed, but not excessively so. Fingers are slightly short and not significantly bent. From the palmistry point of view, he has a good hand shape.

Check out a hand photograph of his here. The photo below is a free photo.

The hand shows the depth of character, the coolness of nature (not coldness). That was a surprise. 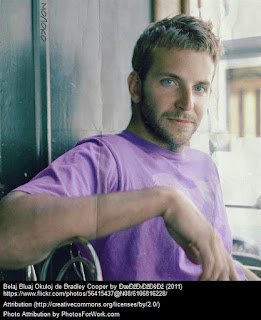 His hand shows objectivity of the mind, clarity of thinking, and a compassionate and philanthropic temperament. Although a lot of Hollywood actors do charity, and some of them also have philanthropic leanings, Bradley’s philanthropic nature is quite pronounced. It is in fact as prominently marked on his hand as it is on

Bradley may be a little manipulative but this personality characteristic is far less evident than it is on Leonardo Dicaprio’s hands. Not enough to make Brad a nasty person. What is true however is that Bradley Cooper is not an entirely straightforward person, much like Leonardo. These are clever, very clever men.

Despite this drawback (if you can call it that), Bradley Cooper’s hands show that his heart is in the right place, even if he is a little distant. His coolness could make him appear cold, especially in personal, intimate relationships although he is not. In fact, such a temperament could well come in the way of intimacy. What is certainly true is that Brad is not the romantic type who will fall headlong in love, put his loved one on a pedestal, and then pine for her if the relationship goes bad.

Related Reading: Why is Leonardo DiCaprio unmarried? or Denzel Washington is an uncomplicated guy or What Brad Pitt's hands say about his character traits
You might also like Tom Cruise's hand reading or Ben Affleck's Hand Reading or Hugh Jackman's hand reading or whether Mel Gibson and Russel Crowe are angry people
Or read the hand analysis of other Hollywood actors, both men and women.