The hands of a serial killer – Ted Bundy

Ted Bundy was executed in 1989 at the age of 43, but his evil persona is
recorded for posterity. He confessed to 30 gruesome murders but is believed to have committed many more, maybe around a hundred. If there ever was an evil character, it was Bundy.

Will the known psychological traits of this notorious murderer/serial killer/rapist be visible on his hands? 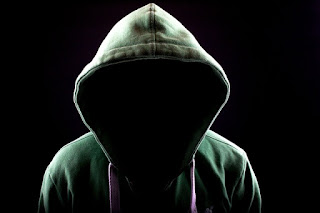 Ted Bundy was known to be:

From the photograph of his hands
from the FBI files (link here), one can see a large and thick palm, with the mounts of Moon and Lower Mars, developed out of proportion to the rest of the other mounts. The fingers look short mainly because they are all bent, and the fingers of Mercury (little finger) and the Jupiter finger (index finger) are significantly bent, and could possibly be twisted. The headline is broken, and the overlap creates an island-like formation under the mount of Saturn. The heartline is long and curved, with one branch going up in-between the first two fingers and the other one dropping down to touch the life and headlines, which are joined.

Bundy’s fateline appears to stop around the age of 43 (when he was executed) but the sunline continues and there is a large cross or ill-formed star on the line, on the mount. The fateline does not usually mark death but every person is unique and death can be marked on any line. This is why it is very difficult, if not impossible to predict death, and you can read more about predicting death here.

Nothing on Bundy’s hand shows the sexual deviancy (necrophilia, sexual violence) because the hand cannot show this. Sexual deviancy is simply a symptom or manifestation of a diseased mind. The mind is shown not just by the headline but the hand as a whole. An important aspect of hand reading is to look at the hand as a whole because it is the sum of the individual parts which creates that perilous, potent mix. Balance is important, whether it is between the fingers and the palm, between the individual mounts, the fingers with each other and the lines with each other. The moment an imbalance is seen, it is a red flag. And too many red flags = an unbalanced personality. At times, as in the case with Bundy’s hands, every aspect is out of balance.

Bundy’s hand shows a troubled mind, that of a person who is not just narcissistic, sly, manipulative and controlling, but also someone who is not a clear or logical thinker. Instead, feelings and impulses along-with an overdeveloped imagination and high sex drive dominate. But it does not just stop there. If Bundy was someone described above he may not have turned out to be a killer but just that incorrigible, creepy office assistant! But he became a dangerous serial killer. Why?

Unfortunately, Bundy’s overdeveloped lower mars and fairly large thumb meant that he would be able to put his desires into action. The aggression levels are abnormally high and he has the strength to do what he decides to do.

This does not mean that looking at this hand would make it easy for a hand reader to pronounce this man as a horrific serial killer. However evil a person’s inner impulses are, and however strong-willed and manipulative he is, whether the evil impulses manifest as deviant behaviour depends greatly on opportunities and also law enforcement.

Related posts: The Hand Reading of a Terrorist or Adolf Hitler's hand reading
or The character of an unfortunate street urchin