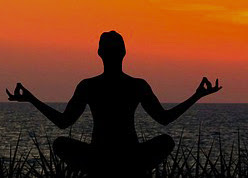 A personality characteristic evident from Swami Ramdev’s hands is his strong desire to be in the limelight. Fame and renown have always been his driving forces and still are.

Interestingly, there have been significant changes in his personality over the years. This usually means that the person has changed the course of his own destiny and carved out his/her own path. This usually happens either because of circumstances and/or because the person has made a conscious effort to change himself. Baba Ramdev's desire for fame along with slight selfishness was always present in his character, but a facet of his personality that has developed
is his business acumen. It was always there, but it has been enhanced, shown by the changes in the phalanges of his Apollo (ring) and Mercury (little/pinky) fingers (the right hand of a right-handed person reveals the current personality and the left the inherited qualities/the past, the subconscious).

Check out a hand photo of his here and here and here. You will notice the differences between the right (active) hand and the left (passive) hand.

On his right, Baba Ramdev has a large, slightly fleshy palm and fleshy fingers, a long headline going almost till the percussion (edge of hand) and a good thumb (with a strong will phalange) which is held close to his hand, although the fingers are held apart. His fingers are a good length and conic-tipped. The little finger is long and the Jupiter (index) finger could be a little on the shorter side. His Moon and Venus mounts are developed. The headline is shorter on the passive hand, and the Jupiter (index) finger is shorter and appears to have a pointed tip. The thumb on the left, passive hand is held closer to the hand and the middle phalanges appear to be shorter.
The hands appear to be a little stiff, with a slightly coarse hand texture.

Ramdevji honed a talent to perfection and then made money out of it. In the process, his basic personality underwent a transformation. Even the Swami's intelligence increased over the years. This is not so common in any hand. You will find people who let their inherited intelligence and talent rust, but in Baba Ramdev’s case, it is just the opposite. An achievement indeed, made possible due to inherent ambition and his own hard work and drive.

Whether or not Baba Ramdev would have achieved his ambition of becoming a great yogi if he had not developed marketing and business abilities one cannot say.

There have been other changes in his personality which can be seen by comparing his left (passive) hand to the right (active hand). He learnt to keep his own counsel. He was an open person earlier. People who bare their hearts to others are usually trusted more. Openness, however, is not a quality that sits well with a person with material ambitions.

Baba Ramdev was born with strong and intense ideals, but these have been diluted. In an average person, a small amount of idealism heavily dosed with practicality is an excellent sign as it helps him/her make money and live happily in the material and practical world. In a Swami one is not sure if materialism over idealism is a desirable trait.

Asceticism in Hinduism has been associated with being a true sage, but this quality is not developed in Baba Ramdev, although it is important to mention that even today his desires for the physical comforts of life are far less than that of the average person.

The headline gives us an explanation as to why some of his intrinsic values changed. While the line shows intelligence, it does not show steadiness of ideas. It shows instead a person who will change his stance towards important issues after a lapse of time, however rigid he may seem at that point. It is as if his inner core is not solid.

Other qualities
One of his drawbacks is that he has some traditional and old-fashioned ideas and tends to be conservative.

The shape of his hand shows that he is a thoughtful man who likes to get into the details, but at times could miss the wood for the trees. He will be particular about how people speak and behave. He is sensitive and careful with the way he spends money.

A good man
All this does not mean that Swami is a bad person. On the contrary, he is a good man, upright and talented. He has not just business acumen, but also an extraordinary/brilliant talent/skill which he has developed by the dint of his own merit and hard work. His imagination is an asset to him.

He has warmth and love in him, as well as compassion. This adds to his charisma. However, often, he tends to rely on his heart rather than his head.

Swami Ramdev calls himself  "His Holiness Swami Ramdevji Maharaj" but whether he deserves that title or not is not for me to say. All that his hands show is that he is a talented and savvy businessman who has love to give to people.

Related Reading: Hands of other gurus/spiritual leaders like Sathya Sai Baba, Shirdi Sai Baba, Osho Rajneesh, Jagdish Vasudev (Sadhguru) and Sri Sri Ravi Shankar and also see the comparisons of the newer lot of swamis with the older ones.
Or check out the hand readings of more Spiritual leaders from all over the world like Tibet's Dalai Lama or Iran's Ayatollah Khomeini and many more.
(The photo published in this post is a representative one, and not of Baba Ramdev. It is a free photo from Pixabay)