Tom Hardy’s personality, as shown on his hand, reveals deep-seated emotions; emotions he has likely suppressed. Perhaps acting helps release these pent-up emotions. There is a lot of energy which exudes from his hand, and this is not about physical energy, but mental. He feels very intensely about things and at times it can be hard for him to

separate the mind from the heart. 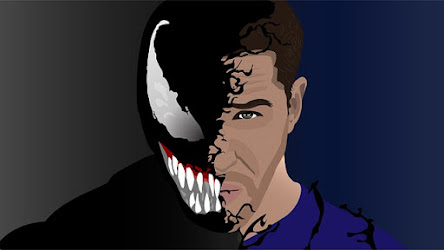 He has a broad, fleshy hand with the mounts of Moon, Mars and Mercury well developed. His fingers are of a good length, with normal phalange lengths and some of his third phalanges are a little plump. His head and life lines are joint at the start, and the heartline dips down to join up with the headline mid-way. The fateline starts close to the lifeline, and it is not as dark as the other main lines.

Check out his hand photos here and here. (The pinky finger is bent but this is a result of an accident)

His hand shows intelligence but he is more focused on the physical plane and loves his comforts and luxuries. Status symbols as such hold little meaning for him.

Rough and tough he may appear on the outside but his hand shows sensitivity, and this is not just about hurt feelings (which are also present) but an extraordinary sensitivity to the environment. Little things can bother him at times. Being in the right environment and having the right people around him is important for his well-being. Sensitive as he is, he likes to treat others well because he knows what it feels like. He has a desire to be fair to other people.

There is a tendency to be cynical, however, and dissatisfied, and this is an inherited trait. This has reduced in his current personality. There could still be an issue with negative thoughts, and at times, morbid ones. He has to try hard not to think of the worst and this can be difficult for him due to his sensitive nature. That the cynicism is much less a part of who he is today is a good sign because it means that he is likely to continue to grow in this positive direction.

Tom can be wilful and impulsive at times, but he has the ability to be consistent to his goals. He has in fact considerable mental strength, and is not easily discouraged. He is resilient.

He needs to be careful in his late forties or maybe around 50 as there could be an obstacle in his life. Possibly, it is health-related.

Warm-hearted and imaginative, Tom Hardy is talented and versatile and as long as he takes care of his health, there is no limit to what he can achieve.

You might also like to read Tom Cruise's hand reading or Ben Affleck's Hand Reading, Hugh Jackman's hand reading, or about Joaquin Phoenix, Denzel Washington or Marlon Brando. Or do you want to know if the hand can reveal whether Mel Gibson and Russel Crowe are angry people?
Or you can read about the personalities of other actors from Hollywood.
(Image by Abhishek Kashyap from Pixabay)