Denzel Washington is an uncomplicated guy

What struck me most about Denzel Washington’s hands was the difference in the Headline in the left passive and right active hands. The Headline is better on the right hand, and this by itself shows that this man is self-made. Denzel did not inherit the level of focus, determination and self-control that is seen in the personality he has today. He has developed these personality characteristics. Also to be noted is the wider gap between his Head and Lifelines on the right active hand. This enhances the quality of
boldness, and is an asset in the acting profession because an actor needs to be the opposite of shy! Emoting in front of strangers must have come naturally to Denzel because he can do it without being self-conscious. 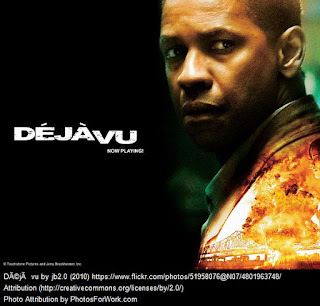 When noting the changes that took place in Denzel Washington's personality as he grew older, it is important to examine his hands when he was younger (which I have done) because the left hand too can change and then it becomes difficult to note any inherited characteristics. I also strongly suspect that Denzel's right thumb is longer than the left, but could not confirm it from photos.
Check out a hand photograph of his here.

(The photo published on this post is a free photo, of a poster of Denzel in the movie Déjà Vu.)

What makes Denzel different from the other Hollywood celebs is perhaps the fact that he was not born with a silver spoon in his mouth, and nor is he the typical narcissistic attention-seeking personality. He is heart a simple guy, without the layers and masks. What you see is what you get. That is very clear from the lines and the shape of the hand and fingers.

The thick, deep lines may not show someone who is an intellectual but the broad palm, the large Moon Mount, the long first and second phalanges, long low-set thumb, long and straight Apollo finger, and the overall clarity and depth of the lines speak volumes. They tell us of a man who is talented, strong, focused, a natural leader, disciplined, and also compassionate. The phalange lengths and shape, plus the firm texture of his palmar skin add to the reading.

(Denzel Washington is an American actor, film director, and film producer. He is African American).

You might also like to read Hugh Jackman's hand reading or Michael Jackson's hands reveal his strengths and weaknesses or Ben Affleck's Hand Reading or Jennifer Hudson's hand reading or Julia Roberts.
You will also find the personality readings of other celebs like Beyoncé Knowles or Rihanna or Oprah Winfrey or Michael Jackson here.
Or check out the hand analysis of many other Hollywood actors, both male and female.