Bipasha Basu, a Bollywood actress, is known for her strong personality, but is she a diva as some say? Strength of personality is a composite of different personality traits, and at times not everything about a strong person is considered pleasant. Let us see what Bipasha's hands tell us when we delve a little deep into her persona through palmistry.

Bipasha has a broad palm, almost squarish, with medium-length, flexible fingers and they are quite conic, particularly the finger of Jupiter (index finger). The Saturn (middle) finger is strong and the first phalanges are slim, though not particularly long. The third phalanges are slightly thick and long and the second phalanges are average. The lines on her palm are dark and the headline is straightish, starting on the Jupiter mount, with a gap between it and the lifeline. The mounts of Jupiter, Moon, Upper Mars and Venus are developed. She has a fairly deep fateline (line of Saturn). The thumb is long and conic tipped.
Her hand shows a broad-minded, sensible and ambitious personality. There is some intensity about her, as she is focused, with a striving attitude to life from a young age. She has willpower as well as self-control and her hand shows common sense and a very stable mind. Her hand also shows immense mental strength...this is a woman who can stand her ground and the unique thing about her is that she can be amazingly flexible at the same time. She is impressionable and idealistic although when it comes to love she can be very practical and understanding. She is flexible probably because of her innate pragmatism and also partly because she is a passionate, loving and loyal person.
She is a brave lady, stoic, and quite a fighter. Such people do not have mental breakdowns even in the worst of circumstances. What saves her from being a diva or say stubborn, is her impressionable and idealistic nature. These are softening characteristics as is her inherent flexibility.
If there is a weakness, it is her idealism because she could stick to these ideals even in harsh circumstances. Thus, she has to be careful of a certain doggedness of will which can develop and then she could become difficult to convince and maybe become unreasonable at times. She is known for her short temper, but her hand does not show a particularly short temper! If she appears fierce it is for other reasons.

Bipasha's hand also shows a bold and fearless approach to life. She can take decisions impulsively as well and then she may not listen to anyone.
What saves her is her objective thinking because her head and heart is well balanced. 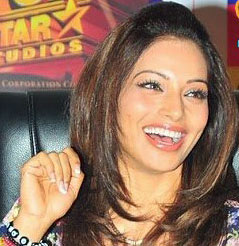 Clearly, she has an immensely independent nature and at times when combined with her impressionability can draw her into taking decisions she could later regret because she may not follow advice.

In addition, she can be rather dominating, although she is not manipulating or controlling. She is more obviously a little bossy. She is likely to be particular about small things. If one combines this trait with her domineering nature it can make her difficult to please. However, she is a very straightforward person.

Most of the time, however, the qualities of common sense and thoughtfulness which she has in plenty help her manage her weaknesses. As a person, she can be too serious at times, even melancholy and certainly moody.

The sensual and physical side of her is strong. She is the type who will be in tune with her own body. She had the potential in her to become a successful sportswoman.

One of the most significant aspects of her character is her extraordinary ambition to be successful, an ambition she’s nurtured from a very young age. She is capable yes, and talented, but what brought her into the limelight was probably her drive and ambition. She also has a strong desire to improve and learn and excel, and thus she will always try and evolve into something better, in whichever field she chose.
She has a love of form, colour and beauty, and this helps her greatly in her work as her artistic side is strong. She has an instinctive and intuitive approach, which works. She can go with the flow and achieve good results.

Her hand may not show too much business sense, but there is an understanding of how the world works, and sufficient practicality and shrewdness which must have enabled her to use her abilities in an effective way.

If one has to conclude, one can say that Bips’s hand shows her to be an ambitious and determined person and also strong-headed at times. It also shows her to be impressionable and idealistic. She is very capable and organised, and will keep re-inventing herself as she grows older.

Her hands do not show her to be a diva as such, she is too sensible for that. Her head is firmly on her shoulders. However, it is likely that she is a much misunderstood person, due to her difficulty in communicating her deepest feelings.

You might also like to read about a comparison between Kareena, Katrina, Priyanka or Aishwarya? or find out more about the personalities of well-known film actresses like Aishwarya Rai; Katrina Kaif; Kareena Kapoor; Rani Mukerji; Madhuri Dixit; Sonam Kapoor; Alia Bhat or Kangana Ranaut.
Or check out some character sketches of male Bollywood actors like Hrithik Roshan, Aamir Khan, Ranveer Singh, Kartik Aaryan and Shah Rukh Khan. Or maybe you want to read about legendary Hindi film actors like Rajesh Khanna and Rekha or the music icon of India: Kishore Kumar.
There are other personality hand readings of Bollywood (Indian) actors on this blog as also personality readings of actors from Hollywood.