The difference between Indira Gandhi and Margaret Thatcher 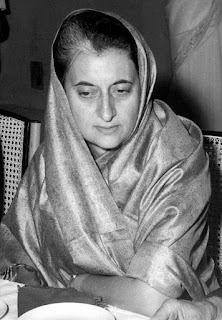 Indira Gandhi was called India's Iron Lady by none other than her British counterpart, Margaret Thatcher, who was known as Britain's Iron Lady. The two strong personalities bonded when they met, have been compared and were believed to share some similarities.

These two ladies were quite different though, with distinct characters. They were almost as dissimilar as their politics. Margaret Thatcher’s hand shows her to be a bold, arrogant, aggressive, and stubborn woman. Indira Gandhi had a similar image, but oddly enough her hand does not bear it out. 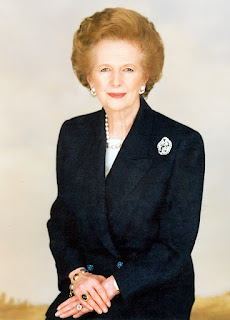 Indira Gandhi has none of these hand characteristics. Gandhi has in fact fairly straight fingers (although her little or Mercury finger is bent, and long as well) with average first phalanges, the thumb held slightly apart and not as thick as Thatcher’s. Nor is it as high-set. And while Indira Gandhi’s Jupiter (index) finger is a good one, it not dominant and her thumb is average. The mounts of Jupiter and Moon on her hand are developed. The tips of Gandhi’s fingers are almost all conic (unlike Thatcher’s) and her heart and headlines are more or less straight with the head and lifelines slightly apart.

Here is a hand photograph of Indira Gandhi's.

These signs reveal two distinctly different personalities. Indira Gandhi’s hand tells us that she was at heart a self-effacing person, not arrogant, and in fact even demure to some extent, although she did not lack self-esteem. Intellectually she was clearly inferior to Thatcher, but what she lacked here she gained in other aspects. She did not have the narcissistic qualities that many successful politicians (including Thatcher) possess, although high ambition is shown. Though aggressive, Gandhi was not obviously so, and nor was she self-centred. Her stubbornness was more of a strong inner strength and determination to over-ride what she perceived as threats and obstacles, and less of willfulness.

What stands out quite starkly on India’s ex-PM’s hand is her idealism and superstitious attitude, something entirely missing on Thatcher’s hand. Thatcher’s ideas would be based more on rational thought and well, that makes sense as she was a thinker. Gandhi was not. In fact, there is nothing on Gandhi's hand to suggest that she was a great leader, and it is unlikely that she would have been India's P.M if she had not been born to Nehru.

An interesting sign on Indira Gandhi’s hand is the broken lifeline. Such large over-lapping breaks are believed to show a distinct change in the life of the person at the time of the break. In Gandhi’s case, this is very likely that there was a marked difference between her early (more reclusive) life and later public life.

Related Reading: Jawaharlal Nehru was not a weak leader or The difference between Anna Hazare and Mahatma Gandhi


For more readings click on any of the labels below the post for the hand readings of leaders and celebs from all over the world.