As far as the hands go, neither Varun Gandhi nor Rahul Gandhi's hands show the kind of leadership ability that the Gandhi family is famous for. However, Varun has some qualities that could make him a better politician than his cousin Rahul. Not many details can be seen from web photos but one can get a sense of what Varun is like.

The major features of Varun’s hands are
the developed mounts overall, slim fingers, a long Mercury finger and a medium-set thumb.

(For an image of Varun's hand click here, and for Rahul Gandhi's hands click here.) And the link to a more detailed reading of Rahul's hand is given below this post. 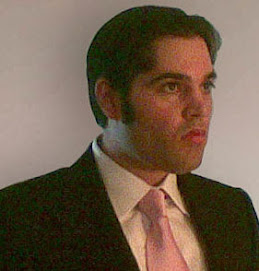 Varun's hands show developed mounts, particularly that of Mars, Venus, Jupiter and Moon. This bears out Varun Gandhi’s reputation for being excitable and aggressive but these qualities often mellow as a person grows older. The other hand features are a medium-sized thumb with normal phalanges but a broad second phalange, a straight, slightly high headline and a straight heartline. The fingertips are conic but the first phalanges are not particularly long. But the third phalanges of his Apollo (ring) and Saturn (middle) fingers are pretty long. This gives his personality a "rougher" edge.
Varun Gandhi has a long Mercury (little) finger and this is very different from Rahul's rather average pinky finger. The third phalanges of Rahul's hands are also less developed. When it comes to lines, Rahul's headline is longer, and more curved.
Varun Gandhi is likely to be somewhat volatile, and his ability to see other points of view would be also limited. This ability has decreased from what he inherited (passive hand vs active hand). His ability to lead others is also limited, and here he is similar to his cousin Rahul. People with average thumbs find it difficult to carry or lead a flock. 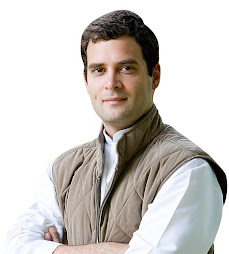 his idealism would not be of a sophisticated or intellectual kind. This is similar to Rahul Gandhi but Rahul's idealism would be less on practical lines.
Rahul Gandhi has another quality: of true compassion for people. This is not seen on Varun's hands. Thus, Rahul Gandhi would care more for the people than Varun.
Idealism can be taken to an extreme if one's emotions are aroused and it can make people unpredictable. Not a reassuring quality for anyone with political power. Varun wants power, but whether he has the maturity to handle it is another matter.

Varun is the shrewder and smarter of the two and can be intuitive and eloquent, and his powers of expression could easily translate into oratory. He has some amount of charisma. However, Rahul lacks this.

No doubt Varun Gandhi is less of a humanitarian than Rahul Gandhi, even if he is the more practical type, and smarter.

Some of Varun Gandhi’s inherited qualities have changed (from the left passive hand to the right). His analytical and professional ability has reduced considerably from what he had inherited and interestingly these qualities are present in Rahul. The trappings of status symbols and success are more of a concern to Varun than what he had inherited while status matters less to Rahul Gandhi. What has also increased significantly in Varun is moodiness and melancholy, over what he inherited. These qualities were developed in childhood and this means that the death of his father and the consequent rejection by his father’s family must have affected him deeply.

Varun Gandhi’s hands show more long-term success (in the fifties and sixties) than Rahul Gandhi’s. In fact, Rahul’s hands show that as he approaches his sixties he withdraws into himself. Success as shown in the hand is all about what one wants for oneself.

One is not sure about Varun’s career path. His idealism could well be turned away from politics into something else (if he doesn't get the stage he wants as he has a practical approach). I wonder if that means that he takes over his mother’s work as an animal rights activist? Or maybe he makes a place for himself in politics. One never knows.