Prince William is not like his father Prince Charles

A cursory glance at Prince William’s hand tells us that his hand resembles his father’s hand rather than his mother’s. The major features of William’s hand (which he shares with Prince Charles) are the large, broad palm with the developed mounts of Moon and Jupiter and to some extent, Mercury and Lower Mars. This means that like his father, Prince William is a good human being, fairly unselfish and broadminded, and also healthy, active and aggressive. The Mount of Moon gives them both a restlessness, and the penchant for travel.

However, Prince William’s hand is only superficially like his father’s. Prince Charles’ hands show that he goes to an extreme
in whatever he does, and this is shown by the colour and texture of his hand and the heavily developed mounts. Prince William’s hands with the controlled mounts reveal his balanced personality and a sensible and open-minded approach to issues. He is calmer than Charles, but also more vulnerable. Additionally, Prince William has more of the Mercurian qualities – a keen and sharp mind which can quickly and accurately evaluate situations and people. 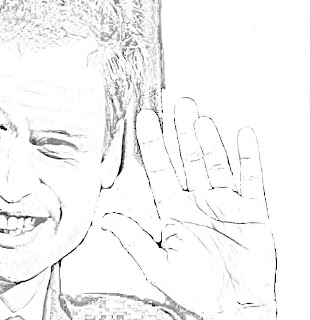 Prince William has a more balanced Headline than either of his parents, showing a finer intelligence and better judgment. He is also very ambitious, revealed by the start of this Life Line.

William inherited a stubborn will from his father (thumb phalanges) and this could possibly be a Windsor trait, but it was a pleasant surprise to see that this trait has not been developed in William. It is shown on his right passive hand (William is left handed) but on his left active hand the quality has decreased considerably. He has become more reasonable and more accepting of other people’s views, although he remains a little stubborn.

There are other ways in which William has changed. He had inherited a controlling nature (yes, like his father’s) as well as cynicism and a critical nature (this is not pronounced in Charles although present) but both these qualities (shown by the shape of his fingers) have been diluted considerably. William’s own determination and values would have changed him.

The shorter than normal Saturn finger is a sign common in the hands of both father and son, and shows a lack of tenacity of purpose and a casual attitude to life. Princess Diana did not have this sign.

It’s not as if William did not inherit any personality characteristic from his mother. He seems to have inherited her highly passionate nature, and sex appeal. His Heartline is remarkably similar to his mother’s. He also inherited some amount of business ability from Diana, but this trait is not evident on his active hand.

Prince William is also more articulate (good Mercury finger) than his parents. He did not inherit his expressive ability from either of his parents, but developed it purely on his own steam.

There is a break in William’s Headline around the age of 12/13, and this shows a mental shock at that age. This coincides with his mother’s death. I noticed this sign in only one photograph as most of the photographs of Prince William’s hands are blurred and do not show the lines clearly. I do not usually comment on signs which are not confirmed by several photographs, but this sign seems fairly clear. The absence of this sign does not mean that the prince was not shocked at Diana's death, but the presence of it shows that it made a very deep impact.

(The sketch of Prince William's hand is made by me)

Related Reading: The hand analysis of the Princess of Wales, Lady Diana or or Kate Middleton and the hands of the British Royals or The hand analysis of Prince Charles or Meghan Markle.
Or you might like to check out all the hand profiles of people from the United Kingdom.
Posted by Nita at 6:04 PM