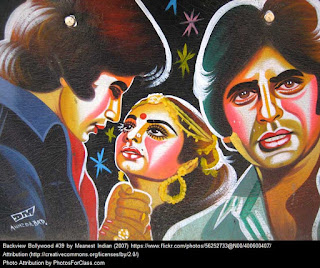 Most people who lead exceptional lives have special hands and Amitabh Bachchan is no exception. His personality (as revealed by his hands) shows talent, high ambition, a strong will, and energy.
If one looks at his hand superficially, it seems balanced but a closer examination reveals that Amitabh is not as perfect as he seems. Like any other human being, he has weaknesses of character.Both his hands were studied for this reading as he is known to be ambidextrous. However, he is predominantly left-handed and thus the left hand was given more emphasis in this reading.
He has a large, longish hand, shortish fingers (relative to the palm) which are slightly bent, but long Mercury (little) and Apollo (ring) fingers. The Jupiter (index) finger is conic tipped and the first phalange of this finger is long and so is the first phalange of the Apollo finger. The second phalanges could well be a little on the shorter side, particularly that of the Saturn (middle) finger's.
The texture of his palm seems fine and the lower part of the hand is not thick or heavily developed. The dominant mounts are that of of Moon (Luna) and Jupiter. The Apollo mount is developed, but not as much as the mounts of Moon and Jupiter.
The lines on Amitabh's palm are fairly clear lines and they are of medium length. The headline is a little sloping, and the heart line curves as well, almost into the Jupiter mount (the mount below the index finger).
You can check out one of his left hand photos here, and right-hand here and this one is one of both his hands.

Great ambition is evident on his hand, as well as a burning desire to be in a leadership position in his field and this is evident on both his hands. He always wants the best and wants to be the best. When it comes to talent, it is above average, but it is not at the brilliance level.
His hand does not show exceptional intelligence or intellectualism either, but he is clever and has plenty of common sense and of course, the drive to succeed. He is in fact remarkably shrewd and clever.
His standing in society and his reputation are of utmost importance to him and yes, fame and renown is what he wants, and always wanted. He has a strong physical and material side. Status symbols, society, the comforts of life, and money, all matter to him, quite a lot. Although he is not conservative, he cares about what people say and there is some vanity present.
He has ethics, and would try and stick to them as he has strong ideals.

Amitabh's hand does not show business ability, and nor is he likely to enjoy this kind of activity. His hand does not show leadership skills. He is more the kind who would concentrate on honing his craft.
He is a refined person and this protects him from the weaknesses of his personality. For example, his hand shows that he is quite controlling, even manipulative at times, it can make him difficult to live with and there could be issues with intimacy. This impacts personal relationships. However, Amitabh Bachchan does not have a big ego and can keep cool and calm and has the ability to handle issues in a smooth, gentle manner. Besides, his hand shows that he is a good man, with the capacity to be humble.
He is a person who takes time to come to decisions, someone who is very sensitive and particular about small things. There is also a tendency to be a little self-centred and he is likely to be suspicious too. He is impressionable, can be stubborn but is not always reasonable.
He is a passionate man but not the kind who is warm and loving with people; he lacks warmth of personality. He can be caring and demonstrative with his loved ones, however.
Related Reading: Read about the temperament of Amitabh's daughter-in-law Aishwarya Rai and about another great Indian star – MG Ramachandran (MGR) or or veteran actress Rekha!
Or read the hand readings of other movie stars: Actors from Hollywood as well as Bollywood.

Also, check out the famous Telugu actor Prabhas Raju Uppalapati, the star of the super hit BaahuBali or megastar Rajnikanth.

There are hand readings of Hollywood stars too.
(The illustration published in this post is a free one).