Are Shoaib Malik and Sania Mirza right for each other?

Sania Mirza and Shoaib Malik look good together. Both are young, beautiful, successful, and are sports personalities. Both of them have seen the world and are broad-minded people with similar views. But happiness is not dependent on this. The question is: Are Sania and Shoaib matched temperamentally? A peek at their hands can give us a clue as to whether they are matched.

The passion of youth
There is one similarity in both their hands, their Heartlines. From this we can deduce that they are both
passionate people. Their coming together has a lot to do with their passion and youth. Whether they will get along or not is another matter.

Check out a hand photo of Shoaib's here and Sania's here. The photo below is a free image from Skeeze from Pixabay and is representative only. 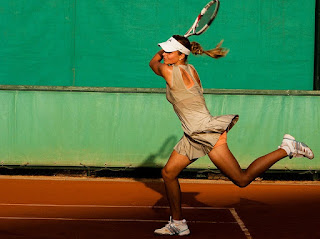 Attachment to family
Sania’s Saturn or Fate Line indicates that she is strongly influenced by her family and is also attached to them. What could this mean? Has she been influenced by her family to choose Shoaib? This is unlikely, as she met him when she was away from home and was attracted to him. But the decision to marry Shoaib must have come from her family. After all, Sania was engaged to her childhood (family) friend, which indicates that her parents were encouraging her to settle down. As Shoaib too comes from a traditional background, he must be looking for marriage as well, not an affair.

One is not sure how far the influence and support of Sania's family extends. It could be restricted to her career. Her hand does show a remarkably independent nature, but this does not mean that she is rebellious or goes against her family's wishes. It just means that she manages very well on her own, and takes her own decisions...with the full support of her family. The strong attachment to family leaves no doubt that she will not take any step without their encouragement and support.

Why is she marrying Shoaib even though she knows him for a short time?
One of the reasons (as mentioned above) could be the subtle pressure from family and society, which would prevent her from having an affair before marriage. But there is another reason. The large gap between Sania’s Life and Headlines and the way she holds her Jupiter (index) finger apart, reveals that she is bold, and tends to take quick decisions based on her feelings. As she is independent she may make up her own mind, and these decisions may not be always taken wisely. The shape of her Headline collaborates this reading, that of her impulsiveness, and so does the shape of her thumb.

Problems in their relationship
The Mount of Venus on Sania's hands tells us that not only is she passionate, she is loving and affectionate. Shoaib’s hands do not show this. In this relationship, Sania will be the giver.

Other signs on Shoaib’s hand show that he could be difficult to live with. The major signs are narrow quadrangle, wavy headline, bent saturn (middle) finger, and developed lower Moon mount and a poorly developed Upper Mars. He is the kind of person who has a cynical mindset, and could be generally dissatisfied with life. He would find it difficult to see her point of view, and can be demanding. He would tend to see the negative far more easily than the positive.

Knowing the way Sania is from her hand, if she gets into a permanent relationship with Shoaib, her loving and giving nature and strong attachment to family (of which he will be a part) will make her go all out to please him. In the long run, it will be to her disadvantage because satisfying him won't be easy.

Is Shoaib lying when he says that he never met his wife?
Shoaib insists that he was tricked into his first marriage, and that the woman he married was not the one believed he was marrying. Whether he is telling the truth or not is difficult for two reasons. One, because of a lack of a sufficient number of photographs of his hand (I am working with just one good one) His left hand clearly shows a calculating nature, but I am not sure of the same sign on his right hand. It is best to err on the positive side and believe that his right hand (showing his current state of mind) does not have this sign and that he is not cunning.

On the other hand, his hand shows cautiousness, but this does not tell us whether he is deceitful or not.

The second reason why it is difficult to say whether Shoaib was tricked into marriage is because Shoaib was just 20 when he got into his "bad" marriage. At that age, the left hand qualities could have been stronger than they are now. And then, even if one leaves the hand reading aside, one might surmise that at 20, a person can be fooled, or more likely, make a huge mistake and try to cover it up out of sheer desperation. Even an otherwise honest person can do this, and regret it later.

Whether Shoaib Malik had a genuine marriage in the past or not is not really the question. The real issue is whether he is the right match for Sania Mirza. Their hands show that there will be difficulties.

Here are hand readings of Pakistan's Imran Khan, and Malala Yousafzai or Yousaf Raza Gillani.
Or read about famous Indian cricketers:
Saurav Ganguly's hands reveal the secret of his success or Sreeshanth's folly or
Sachin Tendulkar's hands tell us who he is

Or read about Shane Warne or check out all posts filed under the label Cricket.
And also check out the hand readings of other Sports Stars from Tennis and other sports from all over the world.