From what I could discern from the hand of Shane Warne, his hand matches his reputation. His hand is that of a temperamental person. It is not easy to decipher cricketers’ hands as most of their photographs are with gloves on.

The best part about Warne’s hand is that his hand (thumb, hand shape) shows superior

Mahatma Gandhi also had an issue with self-esteem. This could be another reason for his neglect of family. This is evident from

Vladimir Putin's hands give us a glimpse into his personality

Vladimir Putin, the Prime Minister of Russia who is now back as the President, is a man of action, and a quick thinker. His hands show a personality that is impatient, of a man who wants results, not talk. The only profession he is suited to is a managerial one, where he manages not just people, but events and changes. According to his hands, he was certainly the right man to oversee the massive changes that Russia went through as he took over the reins as the President of Russia in 1999, mainly because of his ability to get things done.

There has been some criticism about his methods, with many believing that he is fascist, and there are fears that he might go back to some of the old ways. Once we interpret his hands we can find out if this criticism is justified.

Not only is Putin a doer, he has a

Mayawati's hands show her to be a woman who is street-smart but one who sees things from her own point of view, a person who could find it difficult to see the broad picture. Feelings are important to her, and she would tend to make decisions based on her feelings and would react rather than reason. Often, she could neglect to think things through or take into account the consequences. Diplomacy is not her forte.

The hand shows a tendency to react negatively. The shape, length and the position of the Saturn finger on her hand show her to somewhat of a wet blanket and a person who can quickly see the negative side of everything and that
too, intensely. The well developed lower Moon mount confirms this reading. She doubts, has feelings of jealousy and resentment towards others, readily believing the worst of them.

The Jupiter (index) finger third phalange on her hand is well developed and the tip quite conic, the palm is on the narrower side, with developed mounts. The Mercury (little) finger is a little short

Businesspeople succeed for different reasons. Steve Jobs's hands remind us of exactly this. In Jobs’ case, his creativity and search for excellence were the major factors that catapulted him into the position in which he is today. His imagination and creativity is evident in the development of the Mount of Moon and is confirmed by his excellent Head Line. 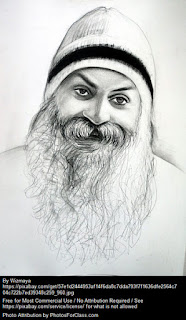 His was a mind which

Michelle Obama’s hands show her to be a balanced, refined and intelligent human being. In fact, her hand and finger analysis shows her to be superior not just intellectually but also in terms of sensitivity and sensibility. She does seem well matched to President Barack Obama, who is of a cerebral bent of mind as well. Further down in the post I will write about some personality traits the two have in common.

Michelle Obama’s double headline is intriguing, and while one wishes one could get a better photograph to study it, it is clear from the little one sees that she has more