Hillary’s hand
(check out a hand photo of hers here and here) tends to point to a person who is a little excitable, sensual, and even temperamental. Clinton's photograph which has been published below is a free photo. 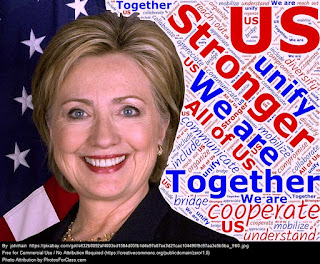