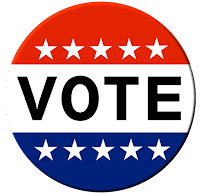 Will Barack Obama continue in office or will Mitt Romney become America's next President? Not an easy question to answer considering that palmar lines change. The greater the time lag between the “predicted” event and the current time, the greater the chances of the lines (and with it the future) changing.
When it comes to the impending U.S. presidential election on November 6th, the question is whether the campaign strategy of the two presidential candidates will change dramatically in the run-up to the US presidential election. Even if it does not, even if it runs the way it is planned, what if some scandalous event is brought out of the closet and this revelation ruins a candidate’s fortunes? If all this
does not happen and everything remains the same, the lines will remain the same and it becomes possible to write about the good and indifferent periods in the life of these two men. Noting the good periods can give a clue as to the outcome of the election. However, before I go on to mention the good and indifferent periods on the hands of these two men, here is something about Mitt Romney.

Mitt Romney has a squarish palm and his fingers are a little long and a little thick. The head and heart lines are straightish and the fate or Saturn line is clear. The lifeline sweeps across the Venus mount which is developed, as are the Lower Mars, Jupiter and Moon mounts. The Jupiter (index) finger is curved and the most dominant finger on his hand is the Apollo (ring) finger. The thumb is good, and the fingertips are rounded except for the Jupiter finger which is conic-tipped. The second phalanges of the middle two fingers are long and the first phalanges are average of all the fingers.
Check out a hand photo of Mitt Romney here or here, and Obama's here. And here are more details on Barack Obama's personality.

Romney's hand shows an intelligent, stable mentality, but he is not an intellectual like Barack Obama. However, his hand shows him to be more action-oriented than Obama and he also has a better, and wider approach to important issues, and a better worldview. He is more aggressive while Barack Obama’s hands show him to be more compromising, but Romney is more idealistic, more manipulative and more stubborn. Romney’s hands show him to be a warmer, more people-oriented person, and more compassionate than Obama, but on the other hand, he can be meaner and also more cynical. Both men are straightforward and honest.
If Obama’s policies are of a socialist nature then his ideas are rooted in intellectualism or based on cold political strategy, not on any strong feelings for the underprivileged.

The good and indifferent periods in the life of Mitt Romney and Barack Obama
When it comes to the life trends of these two men, I have used the Fate/Saturn lines and the Apollo/Sun lines in combination and co-related their interpretation with the state and shape of the lifeline and headline.

Mitt Romney’s fateline, starting deeply inside the lifeline shows restricted early circumstances. Although his career and finances are shown to be good overall, there is uncertainty almost throughout. The early to mid-thirties were especially good for him, but by forty (approximately) a rather indifferent period (in his own estimation) commenced. The career shows improvement before the age of fifty, but there seems to be less energy expended in the fifties, and a concentrated focus on the career seems to be lacking. Could it be a health issue or does he feel that something is missing in his life?

Now comes the tricky part. Is the line going straight up to Romney's Jupiter Mount a continuation of his heartline or is it the Fateline? Due to the poor quality of the photographs, it is difficult to be sure. In my estimation, it is the fateline although I could be wrong. If it is the Fateline and if it goes up unbroken to the Mount of Jupiter, then it means that as Mitt Romney enters his mid-fifties, the sixties, and more, he will come closer to the fulfilment of his ambition and this will be ambition of a leadership nature. This could well be the presidency because this is what Romney wants, but it could be any type of leadership position which he will be satisfied with. However, as the fateline going to the Jupiter mount is extremely rare, I am not being too hopeful.

Barack Obama's career/finances strengthen in his early thirties, but his hand shows that by the age of 49/50, he is unhappy with his career and oddly, this happens at a time when is the President of the United States of America. The personal dissatisfaction is not alleviated anytime soon, certainly not at the end of this year or next year.

What is interesting is that Obama's hand tells us that becoming the president made him unhappy with his career and his life! This is also the time when he starts to become more introspective. He starts to question himself inwardly as to whether this is what he really wants and whether he is doing the right thing. This is not the right attitude for anyone who wants to win.

As Obama grows older, into his mid-fifties, this tendency towards introspection grows (which could mean that he will write more books), and he also becomes more introverted.

Find out whether Barack Obama deserve the Nobel Peace Prize or Would Hillary Clinton have made a better President than Barack Obama?
There are brief character sketches (based on hand reading) of other US politicians on this blog, like that of Donald Trump, Mike Pence, and Joe Biden and many more, and others from different parts of the world as well. Or check out the hand readings of Heads of State from different parts of the world.
(Free image by Amber from Pixabay)