Pranab Mukherjee, India’s finance minister, and a veteran politician is set to become India's new President. Does he have the right character for the job? Can Palmistry shed light on this?
His intelligence, balanced and logical thinking, pragmatism and reasoning abilities are all clearly marked on his hand, not just on his headline, but also revealed by his long, well-shaped, well-set thumb and the length of the phalanges. However, there is evidence of fixed views. 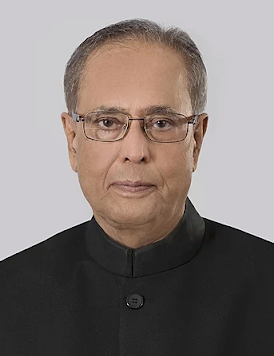 Pranab Mukherjee’s hand has a shortish, low-set Mercury (little) finger which is held apart from his hand, with broad and average length upper phalanges, and not just of his little finger. His fingers are mostly straight, and the mounts of Moon, Jupiter and Mercury are developed, as well as lower Mars. His palm is on the longer side, and his fingers are more short than long.
His thumb is long, held close to the palm, with a slightly short first phalange and it's supple as well. The second phalange is not very slim. The palm is long and the fingers on the shorter side.
Check out a hand photo of his hand here and here.
His hand does not show political cunning, going by the hand shape, despite being a veteran politician. In fact, Mukherjee's hand shows a certain naiveté. He is no doubt an aggressive type, but he is not very astute.

He will no doubt make a good President, and there is really no comparison with the present one, Pratibha Patil who is an ordinary woman or maybe less than ordinary.
If the hand readings of other senior politicians (links are given below) are checked out, it is easy to see why Pranab Mukherjee will make a worthy president.

For the younger lot of Indian Politicians and also international names check out the complete list of readings under the label "Politicians" or search for your favourite celebrity by typing in his/her name in the search box.
(The photo published on this post is a free photo from the Press Information Bureau / GODL-India [https://data.gov.in/sites/default/files/Gazette_Notification_OGDL.pdf])