Lalit Modi’s hands reveal that he is a proud and ambitious person who has a strong desire for power. Wanting power badly is a very common trait in successful people and when people possess leadership qualities the outcome is usually a good one. But when the hunger for power is not accompanied by leadership qualities it can lead to not such a good outcome.

If one looks at his hand features, he has a long, closely-held, slightly high-set thumb, strong mounts of Moon, Jupiter and Mars. medium length fingers with the Jupiter (index) finger
long and slightly bent and pointed as well and the Saturn finger short. The mount of Venus is not well developed but the lines are deep and strong although the quadrangle is narrow. There are long first phalanges on this hand, except for the middle or Saturn finger.

His hands show that he does not possess leadership qualities, and doing things more for a personal benefit rather than for others' benefit. Yes, he has great will power, drive and determination but this determination can be used unwisely. The strong determination in this case, along with distinct secretiveness can actually do harm rather than good. 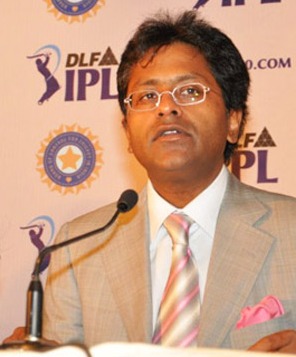 There is also an innate coldness of nature present. Combine this with great shrewdness and manipulative ability and these hands point to a person who one needs to be wary of. However, there is also a quality in him, a high risk-taking ability which could cause him great harm.

Perhaps wisdom is missing, or the desire for fame and name is too high but it can lead to errors in judgment. As pride and ego is present in plenty, it could become difficult to go back on decisions.

As a result he could become unresponsive to people, difficult to approach and possibly may not give himself a reality check. Narrow mindedness is also shown on the hand.

Lalit Modi’s hands show a sense of discipline but he is not a thinker. He can be a good planner and has good powers of expression and at times can be quite versatile and brilliant. However, overall these hands do not show balance and this can get him into trouble.

(Lalit Modi is a cricket administrator from India and was the chairman of the Indian Premier League (IPL) until he was suspended. He is from a prominent Indian business family and is the President and Managing Director of Modi Enterprises and the Executive Director of Godfrey Phillips India.)

Or if you want to read about businessmen: Ratan Tata's hand analysis  or