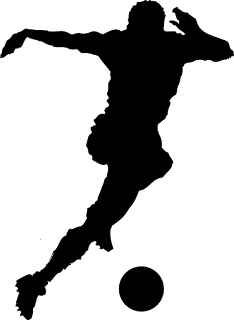 Not all successful people’s hands are impressive (if one takes into account the whole personality) but Jose Mourinho's (he is a famous Portuguese football coach) is an exception. His personality is very well-balanced, telling us that he is an objective thinker, pragmatic and a very reasonable man. The latter trait is present to a high degree and it makes this man quite exceptional, especially when one takes into account his other personality characteristics, like a superior leadership ability. Mourinho will not be biased during decision-making and he has a remarkably cool head and neutrality to be envied. There are several signs on his hand that point to this.

These qualities are a boon in most professions but it is unlikely that Jose Mourinho would have been equally successful as
say, the CEO of Coca-Cola.

What is striking is the large area of his palm, although it is fleshy as well. The fingers seem perfectly balanced with the size of his palm, giving his hand something near to a square shape, although the tips of the fingers are rounded, not square. The hand also is quite large. The thumb is a little low-set and really long and his heart and head lines are balanced with each other in length and depth and seem to be of similar shape as well.The fingers are straight, with the Jupiter (index) finger a little shorter than normal, and the Apollo (ring) and Mercury (little) fingers are a little longer than normal.
The Venus mount on his hand is developed, and the Mars mounts are limited in their development. The Jupiter (mount below the index finger) and the Moon mount (opposite the thumb, on the edge of the hand) is well developed. Both the first and second knots (seen on the back of the hand) are well formed.
Check out a hand photo of his, here and here.
His hand shows a personality that has a breadth of vision, a high level of energy and plenty of common sense. Mourinho is a man who does not let emotions or self-interest cloud his judgment. His hand shows significant altruism, and a desire to do good. When combined with superior leadership ability, it shows a man who will lead with a specific purpose – to do something for his team, not for his own personal aggrandisement.
Skill, ambition and a strong will are seen on his hand as well as capability. He can get things done and this is a quality that all managers need to possess. What goes in Mourinho's favour is that he is a natural leader and plus, he can think fast, take quick decisions, and has the ability to execute his plans. He always will have big plans because that is how he thinks, but being a no-nonsense type of person, and also action-oriented, he is not going to build castles in the air.

Mourinho's hands show impulsiveness and some impressionability but these qualities are not present in the extreme. His ability to think before he acts, and a thoughtful approach overall, keep his personality in balance. He has the ability to pick things to pieces, investigate and analyse and this by itself keeps in check impulsivity.

He is a cool guy, not too idealistic, and more realistic. He has a certain humility to him which would make him able to see his own faults and make the best of them. He may not have a deep inner confidence, but his pragmatism will help keep this insecurity in check.
He has good expressive ability and an understanding of people and can be diplomatic when need be. He will be a good communicator and will know what to say at the right time. Mourinho's personality is such that he will use facts and figures to convince, not rhetoric.

A clue to Mourinho's tremendous success is the profession he chose. He is unsuited to a desk job as he is active and energetic and likes to get things done himself. Number crunching of any sort is not his forte. Besides, he is a bit of a do-gooder, and people with this type of leadership style do best in developing teams.

Choosing the right job makes the difference between reaching the top and just being very good. Mourinho's ability to see issues and people (and himself) objectively, probably enabled him to choose the right profession.
This does not mean that Jose Mourinho does not want fame and name – he certainly does. It is just that he is not petty or mean, and is able to see issues from a bird’s eye view and also in the larger context and larger good.

Read about the hands of Cristiano Ronaldo and other Sports Stars of the world.


(Free Silhouette Image by Clker-Free-Vector-Images from Pixabay) and Jose Mourinho's photo is another free image by Steffen Prößdorf, CC BY-SA 4.0
Posted by Nita at 2:41 PM