What do Rahul Gandhi's hands tell us about his capability as a politician?

Rahul Gandhi seems like a decent person, and also appears to have a balanced personality and an open mind. The question is: Would he be effective as the Prime Minister of India? People say that he is being groomed for the top job and that is why this question is important. Let's see what his hands can tell us.

Will he make a good politician?
As Rahul’s thumb tells us, his will is certainly a not weak one, but if one takes into account the kind of will one needs to lead a country, then he needs more 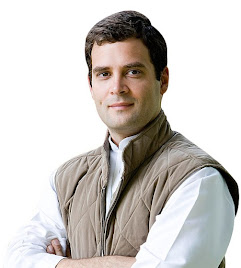 of it. You need a very strong will to command and dominate others, to lead them to a goal. Rahul may have sufficient for himself, and for an average person, and he may have very good reasoning powers and judgment as well, but all in all, he lacks the strong dominant will that strong leader of any nation needs. This isn’t about goodness or badness, just leadership.
Rahul has a largish hand, a broad palm, medium-length fingers. The length of Rahul's thumb seems okay, but the first phalange is a little too short as compared to the second phalange of the thumb and it is also supple. The second phalange of the thumb is slim and overall the phalange lengths are normal. The mount of Moon is the most prominent mount although Venus, Jupiter and Upper Mars are also developed to some extent. The Saturn (middle) finger is bent, the Jupiter (index) finger is a little short, and the Apollo (ring) finger is of normal length, although it seems dominant as the Jupiter finger is relatively shorter. The fingertips are all rounded.
The heart and headlines are long, and slightly curved although the headline is weak after it crosses the middle of the hand. The headline is joined with the lifeline quite a bit.
Check out his hand photograph here or here.

So, while Rahul's hand shows pushiness and aggression, it does not show any staying power. It also shows a weak will, at least if one compares to other leaders. Charisma is also not seen on his hand. Sure, he has a good heart and will be a good, loyal, person to those he loves but he is not the demonstrative type. The expressive ability is limited (although he is diplomatic and polite) and this just does not sit well with successful politicians. Without strong verbal expression and eloquence, a politician is hampered. This is why Rahul's hands show that he will find it difficult to lead others.
His hand does not show any particular ideals or vision and so there is that too. Besides, there is some amount of diffidence and some insecurities of the self. His hand shows introversion although not melancholy. His hand also shows immense cynicism and a kind of bitterness of personality. This is not evident on the surface but it lies deep in his heart. With this kind of bitter, almost revengeful kind of thought in one's mind, and a distrust of the system, it can become almost impossible to climb the ladder of the same system one hates so much. It's a wonder that he even wants to get into politics.

The good thing is that this also means that Rahul Gandhi does not have a greed for power or a craving to rule. He may even eschew a prominent role. Even if Rahul gets the power he is unlikely to become a tyrant or develop such a love for his chair that he will compromise the democratic institutions of this country. He is also quite broadminded and is liberal thinking in his approach.
He also lacks another quality which a politician needs – canny shrewdness. He can be naïve at times and trusting. He does lack that sharpness and cunning that is necessary for politicians to survive and thrive, although he can be controlling.
Rahul does have ambition (even if it is not to rule), but his sense of justice could be skewed because of the personality characteristics mentioned above.

His hand shows that he is not as difficult to approach as his mother is, but he does have an inherent something that makes him a bit of a loner. Call it cautiousness or shyness or inhibition, but it can prevent him from truly emotionally connecting with masses of people. We are not talking about personal relationships here, but Rahul as a potential leading politician in India. His people skills do improve as he gets older.

Maybe it is because he led a protected life in his early years (both he and Priyanka were schooled at home due to security concerns) and that is why he became who he is. One can assume this, but after looking at his passive hand (in his case the left hand) which shows the inherited self, it is clear that he inherited a shy, artistic, naive personality and in that sense, he has actually improved quite a lot.
If Rahul had not been born into a politician's family it is highly unlike that he would have chosen politics as a career. He could have become an artist of some type. His hand does not show a liking for power at all.

His hands show that after middle age, as he nears sixty, he will go back into his shell, the way he was earlier. Maybe he gets tired of being in the public eye.


Rahul Gandhi as a person:

Rahul has broad and liberal views and is a practical and reasonable man. He is not as calm as he appears to be, however. He can be moody. He also has a bit of a temper.

Although he is not avaricious, money does matter to him, in the sense of maintaining the kind of lifestyle that he is used to and this is a developed quality.

Whether he ever becomes PM or not, one thing is clear. He will not be a strong leader.

Related Reading: What Rahul is like as compared to his cousin, Varun Gandhi or find out more about Rahul's brother-in-law, Robert Vadra or his sister, Priyanka Gandhi. Was she better Prime Ministerial material as compared to her brother Rahul?
If you want to know what Rahul Gandhi's parents are like, then check out the Hand Analysis of Sonia Gandhi and of his father Rajiv Gandhi and grand-mother, Indira Gandhi, who was the second longest-serving PM of India, after her father, Jawaharlal Nehru.
(Free photo from the wiki by Original: Indian National Congress. / CC BY-SA [https://creativecommons.org/licenses/by-sa/3.0])