How hard is it to change the future?

The future is a mysterious and unknown thing and people flock to palmists, astrologists, card readers and psychics hoping to get a glimpse of it. But the future cannot be read with certainty because it changes. And we should be thankful for that because in our heart of hearts none of us want a fixed future.

That said, we should not assume that it is easy to change our future (and thus our lines). Our life can take a different course in the space of a month or it may
remain on its destined path for decades and decades. Human beings tend to become fairly fixed in their personality patterns and their future is unlikely to change.

Anyone seeking to change their life (and the lines on his/her hand) has to ask this question of themselves: 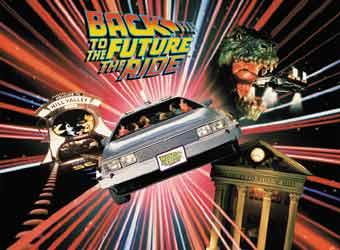 In the movie Back to the Future by Stephen Spielberg, the lead character Marty McFly changes his future. Here is an excerpt taken from this wikipedia article:

His {Marty's} major character flaw is his pride, which causes him to take unnecessary risks to show others that he is not "chicken" ... During a visit  to 1885{to the past}, Marty meets his great-grandfather Seamus McFly who points out that his {Seamus's}brother, Martin {who Martin McFly's is named after} was killed in an argument when someone questioned his bravery. Marty begins to re-think his stance on what other people thought of him. Doc (Marty's friend and mentor) had also told him that Marty could possibly have a similar fate {like that of his great grand-father's brother}. This (and other events) changed Marty.

This was highlighted when Marty refused to race his school rival, even after goading, thus avoiding a tragic accident {Marty was seen to die tragically in the future}. Marty learned how to base his decisions and actions on his own terms instead of being influenced by others, therefore changing his future.


That was fiction. In reality, pride is a difficult characteristic to get rid of.

Only when major personality traits change does it impact the future. Superficial changes in personality will not have any effect on the major events in our future, and will not change the lines.

In other words, only when a person makes a huge effort to change, does his future change.

You might also like: Your hand lines are a reflection of you not vice versa or Death and hand reading or Stars, Crosses, Symbols and Superstition in hand reading or The Myth of the Marriage Lines
Or Palmistry Explained