Kristen Stewart and Robert Pattinson - are they compatible?

The hands of Kristen Stewart and Robert Pattinson show that these two people have very different personalities, especially at the deeper, emotional level. Whatever they have in common would be at a superficial level, if one goes by their hands. This could lead to serious issues in a long-term relationship. It's said that "opposites attract" but they
do not necessarily make ideal long-term partners.

The main features of Kristen’s hands are her slim tapering fingers with square tips, two low-set fingers of Mercury and Jupiter, the excellent mount of Venus, the slightly long hand and broad palm. Quite different from her ex-boyfriend Robert Pattinson’s thicker and shorter fingers, the thicker palm, shorter heartline and a longer headline. It was a little surprising to see how different Kristen Stewart is from Robert Pattinson.

Check out a hand photograph of Kristen's here and Robert's here. The photograph below is a free one. 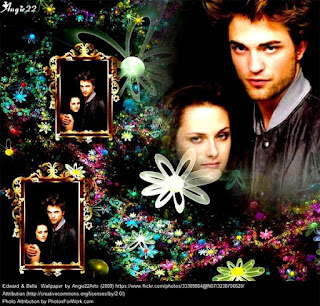 Robert's hand reveals that while he is the more unselfish and steady one, he is also the more difficult one. He has more of a moody, emotional and idealistic nature, and is less social, more reserved and cautious, more sensitive, less secure, and less open. However, while Robert’s hand shows a broader understanding of issues (maturity, perspective), Kristen’s hand shows a narrower world-view and the penchant for seeing issues from her own point of view, leading to a certain amount of self-centeredness.

Kristen's hands, however, show that she is a warmer, more loving, more talkative and the more extroverted of the two. She is the kind who would love very deeply and wear it on her sleeve. This is probably one of the reasons why they were attracted to each other. One partner complementing the other. She would be a contrast to Robert's more reserved character, a personality which is in control of his feelings, and is more head than heart.

A stark difference lies in their sexuality. Robert’s hands show a more mental type of sexuality and Kristen’s the physical type. This can lead to sexual incompatibility in the long run because for one person (Robert) sex is closely entwined with love. Without feelings of comfort, love and the right ambience, such people are not comfortable with love-making. Kristen’s hands, on the other hand, show stronger physical passions and it would be possible for someone like her to be involved with someone in a purely physical way. Such people (naturally) have to exert greater control over themselves than the average person.

Those who are physically unfaithful to their partners while claiming that they still love them are not necessarily lying. It is possible for them to separate sex and love. Strong physical sexuality needs to come hand in hand with strong self-control and a moral code otherwise relationships can go awry.

Unfortunately for Kristen, her headline does not show any great self-control, and in fact shows some inconsistency, although she has a good thumb. Her hand also shows some deficiency of self-esteem, and perhaps this had a part to play in her infidelity. Did she feel in her heart of hearts that she did not deserve to be loved by a loyal and sensitive Robert?

As for Robert Pattinson, it would be difficult for him to forgive Kristen. No, this is not because he is mean, but because for him everything has to be right when it comes to a love relationship. His not so healthy imagination would make it very difficult for him to believe that Kristen would never be unfaithful again and it doesn't matter to him how long she was having the affair. Her claims that it was a "one-off" situation would be incomprehensible to him. Also, even if he decides to be with her again, the thought of her with someone else would be unbearable for him. He would also find it difficult to believe that she feels nothing for the other, and also find it hard to accept that Kristen loves him. But loves him she does.

The best thing about Robert is that he may be idealistic about love, but he does not put the loved one on a pedestal, and is accepting and understanding (more than Kristen) of a person's faults. This can be seen from the shape of his Jupiter (index) finger, heart line and the shape of his palm. However,  loyalty to him would be non-negotiable because of his sensitive nature can't handle it. If he can learn to handle it, he can be accepting of her with her faults.

Kristen's hand shows her to be amazingly talented and committed, someone who will keep perfecting her talent at every opportunity she gets. Her artistic bent of mind and talent can take her to great heights if she allows it too. She certainly wants the fame a lot more than Robert does.

(Kristen and Robert are movie stars and became famous because of the movie Twilight. Kristen has worked in Hollywood movies as a child).

Related Reading: Robert Pattinson's Hand Analysis
Or more on relationships: Tiger Woods hands reveal why he was unfaithful to his wife or Why Brad Pitt and Jennifer Aniston did not get along or Roger Federer and Mirka - compatibility analysis from the shape of their hands or What the hands tell us about Brad and Angelina's relationship or Michelle Obama's hands match with Barack Obama's
Or check out the hands of other Hollywood stars.
Posted by Nita at 12:22 PM