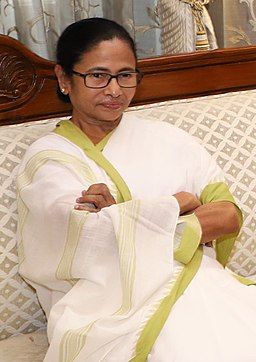 Note: Mamata Banerjee (popularly known as Didi) is the leader of the political party (Trinamool Congress).
Related Reading: Hand readings of other Indian politicians like Will Pranab Mukherjee make a good President? or the Hand Reading of Akhilesh Yadav or The long ring fingers of Sharad and Ajit Pawar or Varun Gandhi and Rahul Gandhi - a comparison
There are readings on other Indian politicians like Akhilesh Yadav, Nitish Kumar, Uddhav Thackeray and Pratibha Patil as well.
Or check out all the hand readings of Politicians on this website, from India as well as the rest of the world.
[Photo credits: Ministry of Home Affairs (GODL-India) / GODL-India (https://data.gov.in/sites/default/files/Gazette_Notification_OGDL.pdf)]