Check out his hand photos here. The photograph of his statue given below is a free image from Pixabay. 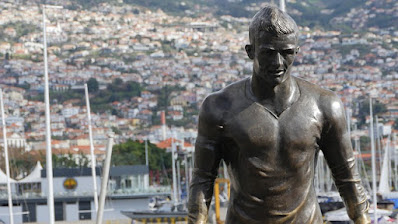 If you are reading this, Cristiano, I have just one piece of advice to give you. Be careful about your health. After forty there is a decline in robustness, and this is because of what you are doing now. Burning yourself out. So don't just plan out your future from the money angle, look at what you are doing to your body.