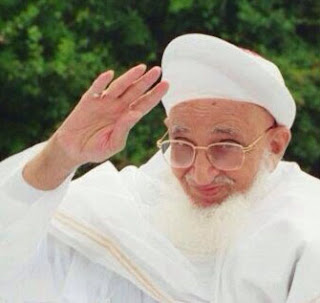 When I look at the hand of a spiritual leader I primarily look for qualities of asceticism, a philosophical bent of mind, idealism, belief, objectivity of thinking, and of course, compassion. These personality characteristics go a long way in giving the owner the bent of mind suitable for a spiritual calling. I was not disappointed when I saw the hands of Dr Syedna Mohammed Burhanuddin, a spiritual leader of the Dawoodi Bohras.

The main features of his rather large, slightly long hands are
the long, knotted fingers, supple thumb, a low-set and long thumb, conical tips of all fingers except the thumb. His fingers are of normal length and balanced with each other although the Mercury (pinky) finger seems a little low-set and possibly short.

These signs show that he is a dignified person and a thinker. The philosophical and serious bent of mind further confirmed by his Saturn finger and its phalanges. He tends to go into the details. The disadvantage is that at times the larger picture may escape him, so engrossed does he tend to get in the finer points of issues. This means that not all his decisions are right from the viewpoint of his flock, and neither may he be objective or "fair" all of the time, but this is not about the ego. It could be an inability to see the other point of view.

The overall shape of his hand and fingers show the qualities of idealism, with a tendency towards superstition and being influenced by omens and signs. Such people are idealistic before they are practical, and likely to stick to their beliefs no matter how much evidence is presented to the contrary. This quality is common among true believers. What it does show, however, that Burhanuddin is a true believer. As his hand also shows a talent for eloquence and the use of flowery language, he is a picture book religious leader.

However, Burhanuddin’s hands do not show his nature to be as hard or rigid as some other religious leaders with this level of idealism. He has the qualities of impressionability strongly etched on his hand as well as strong impulsiveness which softens his personality. There is an element of gullibility in his personality, but also a certain shrewdness and manipulativeness. These qualities exist together.

Interestingly despite his idealism and impressionability, Burhanuddin’s hand shows him to be a doer. His hands show executive ability.

In conclusion, one can say that although Burhanuddin's hands show him to think narrowly at times, he is no doubt a genuine spiritual leader, very religious, idealistic and with deep compassion for humanity.

Related Reading: Hand analysis of Ayatollah Khomeini or hand analysis of Spiritual Leaders from different faiths like that of the Dalai Lama or Mahatma Gandhi or the Pope.
Posted by Nita at 2:26 PM