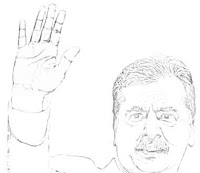 You might also like Pakistan's Imran Khan or Nawaz Sharif, Shehbaz Sharif, the Hand analysis of Ayatollah Khomeini or Malala Yousafzai or Shoaib Malik

Or Heads of States from different parts of the world .