Julian Assange's hands reveal that he is not a predator!

Julian Assange, the founder of WikiLeaks has said he is a gentleman, not a predator. I assume he means sexual predator, something that he has been accused of. Does his hand corroborate his claim? Well, certain features of his hand like the underdeveloped Plain of Mars, the refined palmar skin, the slightly waisted thumb, the shape and length of his phalanges and sensitive tips do suggest that he is the gentleman he says he is. The developed Venus and Heart Line tell us he has strong passions (sexual), but that by itself never made anyone a predator although the line between the two can be a thin one. As Assange’s hand does not show the robustness of health, particularly later on in life, this interest in sex would manifest itself in ways other than just the physical.

Another question people ask about Julian Assange is: What are his motives for founding WikiLeaks? Does he really have altruistic motives as he claims? We are
on sticky ground here. A person’s motives are usually quite complex, and so it is with Assange. Humans may have one or two major drivers that keep their personality humming along on a certain path, but other personality characteristics go a long way in making them comfortable with the choices made. 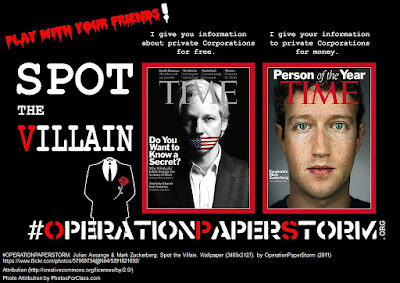 Check his hand photo out here. The photo above is a free photo.

Assange’s hand shows a broad perspective on life, a cerebral mindset, and a strong desire to help others and sensitiveness (shape of palm, finger phalanges, and thumb setting) but this does not necessarily translate into altruism. Yes, his hand shows a streak of high-mindedness as well, but he has a side to his personality that is not all that pleasant. His Jupiter finger clearly points to the fact that he is controlling, manipulative and attention-seeking. What this means is that while his motives may be noble, he loves the attention even if it is negative and enjoys exposing others and making them uncomfortable. It gives him a sense of power. The shape of his Moon Mount reveals that he has an excessive imagination of the kind which helps him believe the worst of people. This bolsters his belief that his actions, however unsavoury, are right, and that the bad guys need to be exposed. His idealistic, and uncompromising nature (Jupiter, thumb) helps him rationalize. In fact, his will phalange is far too long and makes it difficult for him to see another point of view.

His Mercury and Moon mounts along with the shape of third phalanges show that he is mentally agile, with a curious inquiring mind, and a penchant for investigation. He can be quite tactful when necessary (Mercury, thumb) and is persuasive, and has acting abilities! (Mercury). He is also restless and at times diffident, has a tendency to be changeable and not always reliable (Moon). He is a man who loves music and is in fact bonded with it in some way (Venus and Moon).

It was not possible to see the Headline on the right hand clearly (Assange is right-handed and his right hand shows his current personality) but from what  I saw I could not classify him as brilliant or highly intelligent.


Related Reading: Check out the hand reading of another social activist with extreme views: Richard Stallman's psychological make-up
Or The Hand Analysis of Bill Gates or Warren Buffet's hand reading or Steve Jobs' hands tell us about his inner self