Why Brad Pitt and Jennifer Aniston did not get along

Two people, similar to each other or not, can make their relationship work if they set their mind to it and their basic human values don’t clash. And even if a couple finds it hard going, for various reasons, it does not mean that a break-up is inevitable. If they do break up, it could be because breaking up is more acceptable in some societies than in others.

An examination of the hands of Brad Pitt and Jennifer Aniston give a clue as to where they clashed and where they could have had problems in their relationship. Jennifer Aniston's hands show that she is more aggressive than Brad Pitt and more selfish too. She can come on rather strong, as she has a
tendency to see things from her own point of view. 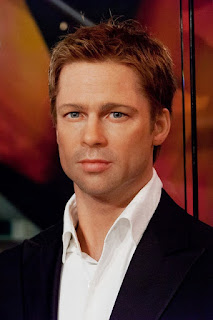 Brad Pitt is unselfish as compared to Jennifer, and he also likes his freedom and has set ideas on how to live his life. Plus, he can be quite controlling. He may not be overtly aggressive, partly because of his refined and sensitive nature. In fact, he can appear to be easygoing because of his pragmatism. He is not what he appears to be.

Aggressive people expect to meet opposition, which is why they learn to be aggressive. Not all aggressive people keep pushing until they get their way and certainly Jennifer Aniston is not like that. She is just vocal, and so is Brad Pitt, but Jennifer is the type who can compromise better.

But Brad Pitt would prefer to withdraw rather than confront, at least on some issues. So Jennifer may not have known what is going on in his mind. It can be easy to misread Brad. She is more of a straightforward person. Problems can arise because of idealism, and like Brad Pitt, she is cynical. Possibly more so than Brad Pitt.

He would have to handle Jennifer Aniston’s negativism. Negative people can become difficult to live with. Jennifer has many great qualities, but she is at heart a very serious person, very critical, often sees things and people as much worse than they are. She is also particular about small things and is sensitive. Plus, she does not let go of issues easily, and has a tendency to brood. Brad Pitt has more of a broad and less subjective outlook, is more fun-loving, and more relaxed about the future. He would find his style cramped by someone who he feels is unsporting or a wet blanket. It would affect his ability to enjoy life.

Brad Pitt could have tried to sort of their issues but I guess he found divorce the easier option. He is the kind who would find it easier to mend his heart too, as compared to her, as he takes things with a pinch of salt, and is able to move on.

His basically generous nature would also make it easy for him to forgive and forget.

One cannot help but feel sorry for Jennifer Aniston though. I mean, her hands show that she is a determined lady and if she wishes to, she can change. She would have been able to, if she had realised in time what was causing the problem. That is where palmistry can be of big help. It can help us to see our faults in perspective. Relationships break because we cannot see ourselves for who we are, we look at ourselves with rose-tinted glasses. Also, we do not realise that not everyone whom we come across reacts the same way to our faults. Some take it worse than others.

Jennifer Aniston though is not an egoistic person. He is more egoistic than her.

(The above reading is based on the reading of both their hands. I do not know any details of their life and nor do I know them personally.)