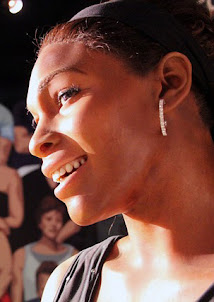 People are not sure why Serena Williams is doing better than her sister Venus in the game of tennis. Some say Serena’s advantage lies in her personality - her mean streak. A comparison of Serena and Venus (from their hands) tells a different story, and an intriguing one at that. Intriguing because both Venus and Serena have marked differences between their right and left hands. This by itself speaks of an unusual childhood, a childhood which altered their destiny.

Any marked difference in the right and left hands indicates that the original (inherited) personality has changed, and with it, the future changes as well.

Both the women possess a dominant Apollo finger and mount, much more dominant than the finger of Jupiter. Apollo is less dominant in their left hands, and this means that the personality characteristics associated with Apollo developed in them as they grew older. In addition, both have good first and second phalanges of Apollo and slightly spatulate tips as well. Both have good strong thumbs although the second phalanges of their thumbs are rather broad.
Venus has a highly developed Lower mount of Mars and on her left hand, the Jupiter finger is a little short, but it seems normal on her right, active hand. She holds her thumb close to her hand, unlike her sister, Serena. Venus also has a well-developed Moon mount, better developed than that of her sister. However, Serena has a more developed Upper Mars mount.
The lines on both their hands are few, and very dark.
What is clear from both their hands is an intense desire for wealth and fame as well as a risk-taking ability, and this has developed in these two sports stars as they grew into adulthood. They were not born with it. Not only is talent evident, and developed in them over the years, so has their money-making ability.
A spatulate tip on the Apollo finger is quite rare and the work that the owner of such a tip chooses will be related to something to do with activity. This kind of tip also reveals creativity, besides a vigorously active nature, and explains to a large extent their flamboyance.
Both women are strong, active, determined and focused women as is evident from their strong Saturn fingers and strong thumbs. They are also simple at heart and very clear-headed.

Differences
Venus William’s hands show that she inherited some insecurity about herself but this is not seen in her current self. Obviously, she had a very good upbringing. Humility, meekness, lack of confidence and shyness were handed down to her by her forefathers. However, something in her environment changed her and today her personality is balanced and that is what must have brought her success.

Venus is a private person, a little difficult to approach or make friends with. Her hand also shows some element of selfishness, a trait she does not share with her sister Serena. Venus is also more aggressive, moodier and more imaginative. And some diffidence which she inherited, still lurks under the surface.
Serena, on the other hand, has confidence bordering on something brash, although she shows more confidence than she actually feels. She is also more outgoing and unselfish. Her Mount of Venus is very strong, showing her deeply generous and warm nature.

Why Serena is winning
Both Serena and Venus seem equally talented but their hands show that Serena’s personality is more balanced. She is more confident and has greater staying power than Venus. Serena is also more open, less selfish, bolder, and has more willpower and organisational ability than Venus.

Serena is in a better position because of her sheer mental strength, force of will, common sense and practical outlook. It is not as if Venus does not have these qualities. It's just that Serena has them in abundance. 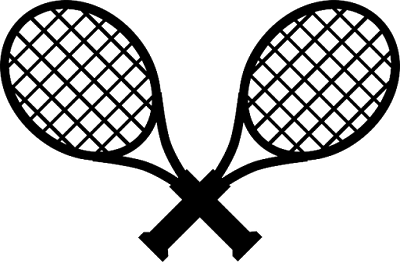 Related Reading: The hand reading of Maria Sharapova.
Read about other Sports Stars on this blog. For example, find out what makes Rafael Nadal tick or what kind of a man Roger Federer is.

Free Image of Serena Williams' mannequin at Madame Tussauds: Image by Luna-Lucero from Pixabay and the silhouette also a free image: Image by Clker-Free-Vector-Images from Pixabay
Posted by Nita at 5:23 PM