The hand reading of Xi Jinping, the Chinese President 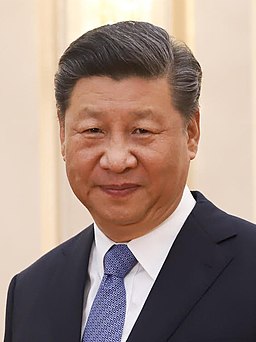 China’s powerful President, Xi Jinping, has been criticized, particularly after the way in which China handled the Covid19 crises. But the President's hands show that he is a compassionate leader, with a great love for his people.

His hands have developed mounts of Moon, Venus and Mars, particular Lower Mars. The hand, squarish with a broad palm and short fingers appears to be stiff. The fingers, on the shorter side, are straight, have short middle phalanges, good first phalanges and developed third phalanges. Tips are conic, more so on of the Jupiter and Mercury fingers. The ring (Apollo) finger is a little too long and it’s possible that the index (Jupiter) finger is a little short. The heartline dominates, it’s dark, curved (which makes it long) but does not reach the Jupiter mount. The headline is straight and fine, though lighter than the heartline and not too long.

Why is Novak Djokovic less popular than Federer and Nadal?

When one looks at any hand, a couple of things usually stick out and in the case of Novak Djokovic, it's his shrewdness and the edgy, defiant quality to his personality. If one compares his hands to other tennis greats, Roger Federer for example, Federer’s hands reveal an inner vulnerability of character and a cool intellectualism with a touch of cynicism. When it comes to Rafael Nadal, it’s his cleverness, agility and immense generosity of spirit that stands out.

Coming back to Djokovic's hands, they have broad, heavy palms and short fingers and well developed Venus, Lower Mars and Moon. His Saturn (middle) finger is a little shorter than normal and both the Jupiter (Index) and Mercury (pinky) fingers are bent. First phalanges of Mercury and Apollo (ring) fingers are good and the thumb is good, with a normal balance of the first and second phalanges and it is likely slightly low-set. The fingertips are rounded and the headline starts a little high and then slopes down across the palm. There is a gap between the life and headlines on the right, active hand but none can be seen on the left, passive hand. There are other differences between the passive and active hand. The Girdle of Venus is well marked on his passive hand but in most photographs of the right hand, it's missing, which means there must be a fainter version on the right hand. The heartline is longer on the passive hand, the life and headlines are joined and the Moon mount is not developed. That's a lot of differences!

What do such differences between the two hands usually mean?