Dwayne, a tall man (he is six feet four inches in height) with large, fleshy hands and broad and wide palms, a low-set widely held thumb and heavily developed Moon and Venus mounts and Mars too. The lifeline, slightly apart from the headline, sweeps across the developed mount of Venus, going wider into the palm as it goes forward. These signs reveal his 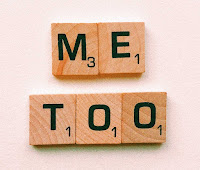 These hands clearly belong to someone who has been